Piazza del Campo, known to Siena's inhabitants simply as "Il Campo" is the heart of the city of Siena.
Its not perfectly geometric shape could suggest a casual formation. Instead, it was created according to precise municipal rules that established its shape as well as the character that the buildings overlooking it must have had, on the intersection of the three communication routes that reached Siena.

Piazza del Campo was created in the shape of a shell on an ideal circumference of 333 meters and a red brick pavement divided into nine sections. The sections represent the nine governors who were in power during the "Government of the Nine", in office from 1287 to 1355. This singular form also wanted to symbolically represent the mantle, with relative folds, of the Virgin Mary, Patroness of Siena.

Piazza del Campo from the beginning was conceived as a place where all citizens could gather for various events, both political and of entertainment. And still various events take place there, including of course the famous Palio di Siena.

The square is bordered on one side by the Palazzo Pubblico, the ancient seat of the Government of the Nine. The Palazzo Pubblico today is a museum that offers visitors a visit to numerous works of Sienese art.

At the left end of the Palazzo Pubblico stands the Torre del Mangia, 100 meters high and from which you can admire a splendid view of the city of Siena.
It was completed in 1348 in red brick and travertine. On the other hand, the origin of the name is uncertain, although it seems to be due to a character (Giovanni di Balduccio), bell ringer of the tower who had the nickname "the profit-eater" as he was addicted to the habit of gambling.

At the base of the Torre del Mangia stands the Cappella di Piazza, a votive monument dedicated to the Virgin Mary as thanks for saving part of the population from the terrible "black plague" that struck the whole of Europe in the mid-1300s.

Another prominent monument contained in Piazza del Campo is the Fonte Gaia, a monumental fountain located in front of the Palazzo Pubblico and adorned with numerous engravings originally made by Jacopo della Quercia in 1409. Today's engravings are however a copy of the originals, edited by Tito Sarrocchi.

The original engravings are now visible and preserved in the Museo dello Spedale di Santa Maria della Scala. Fonte Gaia was finished in 1346 and is fed by underground tunnels that extend for tens of kilometers. 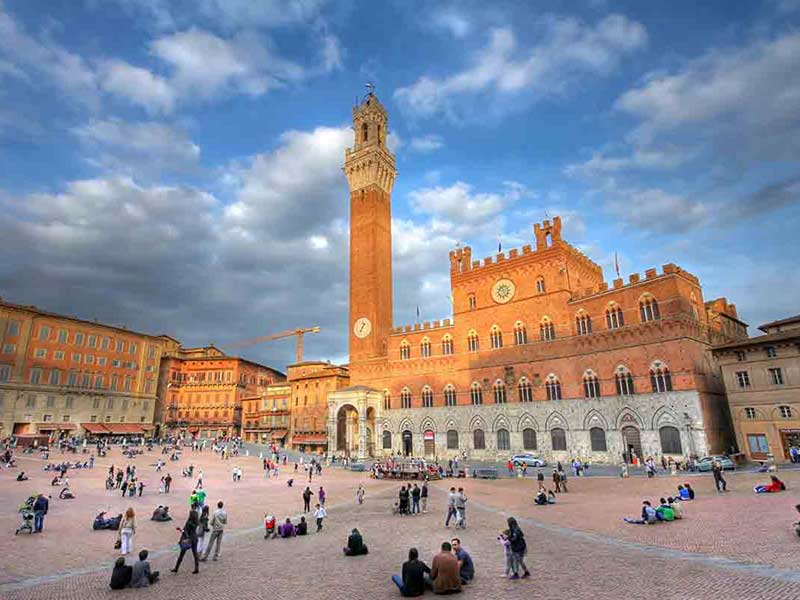 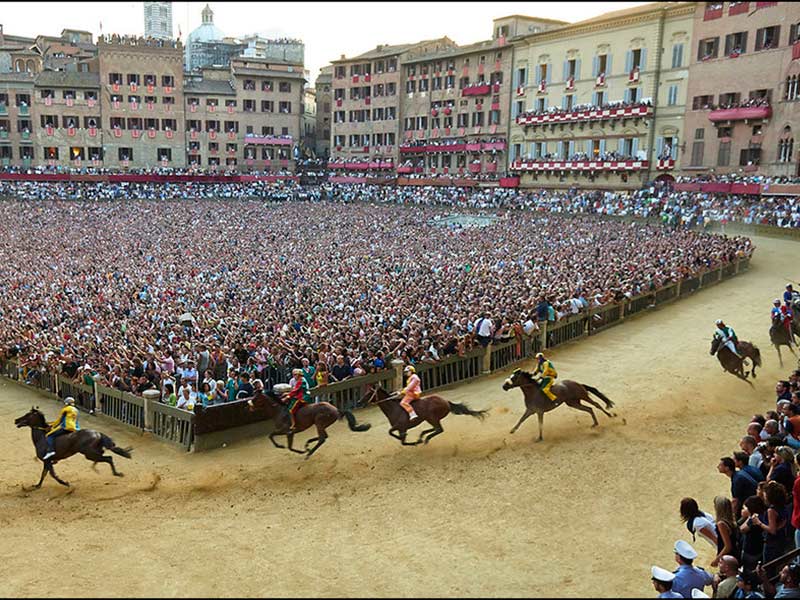