The Palio di Siena is an historic event that has involved, for centuries, the whole city and precisely the 17 districts from which it is formed. The districts are the  areas that form the historic center of Siena.

The Palio di Siena takes place every year on July 2nd and August 16th and consists of a horse race along the perimeter of Piazza del Campo, which is suitably prepared for the competition with a traditional tuff covering.

The Palio di Siena is preceded by 6 general rehearsals, and then by the great historical procession that culminates in Piazza del Campo at around 5pm.

There are various places where the path is difficult and it is not uncommon for a jockey to fall off his horse, either due to speed or due to the actions of another jockey. It is in fact allowed, among the competitors, to carry out disturbing actions on the other riders.

The winner of the Palio is then given the "Drappellone", a canvas that is drawn each year by a different author and which will become part of the collection of the winning district.

At the end of the competition, often as night has already fallen, the winning district members go with their trophy to the Church of Provenza (in July) or to the Cathedral of Siena (in August) to sing a "Te Deum" of thanks.

There is no single ticket office for the Palio di Siena. It is therefore necessary to contact the managers of each stage (so-called "palcaioli") or those who own a house overlooking Piazza del Campo.

In general, it is advisable to contact the Tourist Information Office (A.P.T. of Siena) for more details.

Images of the Palio of Siena 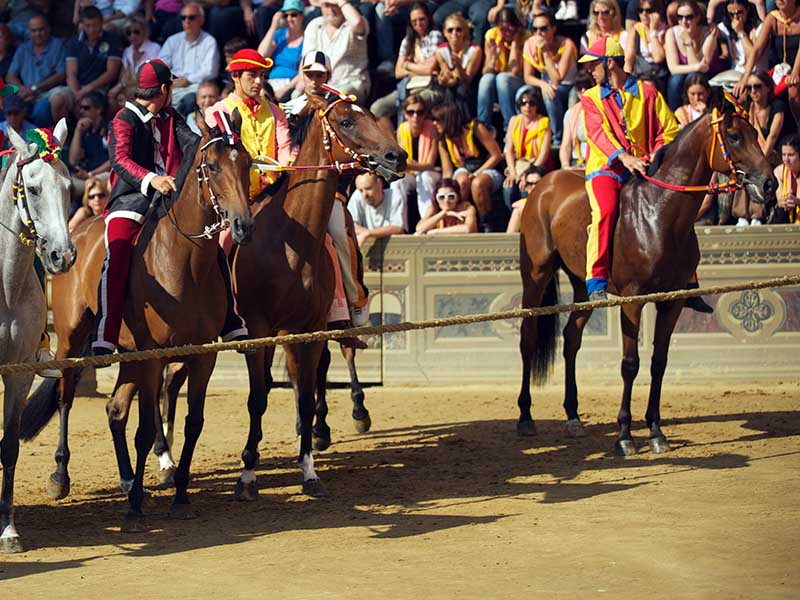 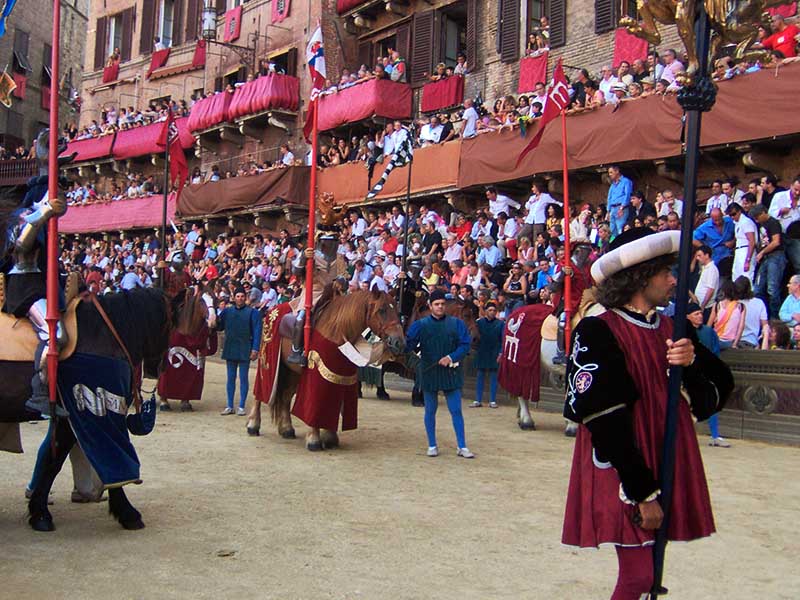 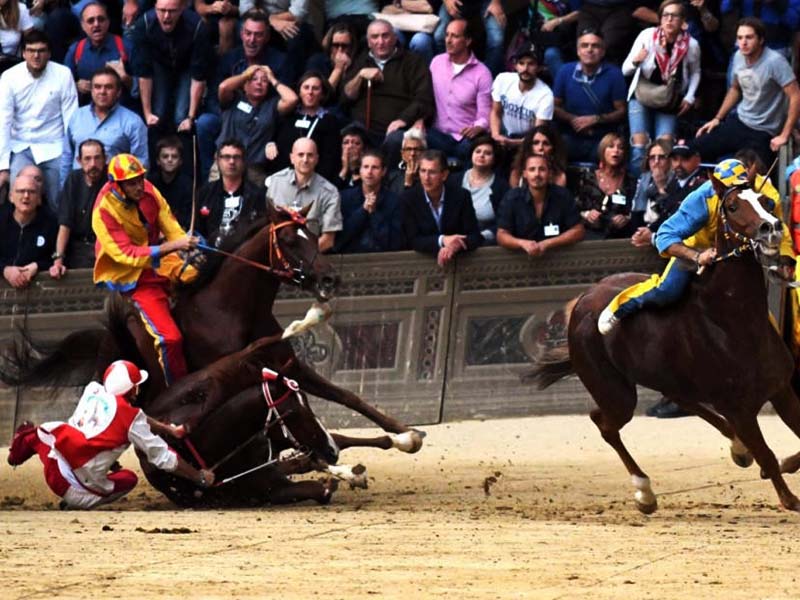