The Cathedral of Santa Maria Assunta (Duomo di Siena) is another focal point of the city of Siena.
Built between 1200 and 1300 by Nicola Pisano and his son Giovanni in Romanesque-Gothic style, it is a splendid example of architecture of that era.

The Cathedral probably replaced the Roman Castrum, a fortification with four towers, one of which became the current bell tower. The dome was built in 1259 by Nicola Pisano while his son Giovanni was entrusted with the construction of the facade. In the early 1300s the works extended to the transept and the choir.

In 1339 Siena had become a rich and prosperous city. It was therefore assumed that the Cathedral should be further expanded with a very large building, a new Cathedral, of which the current structure must represent only the shorter side of the cross.

The works were started and are still visible today in the large wall that faces south (the so-called "facciatone").
The arrival of the plague in 1348 brought down this dream of greatness and today the bases of the columns of the new structure are the only things still visible (in the current Opera Museum).

The cathedral of Siena is built on a Latin cross plan, with three naves, and with a twelve-sided base dome.
The façade, whose main material is a splendid white marble, is divided into two areas: the lower one, which housed a series of statues, the originals of which can still be admired in the Opera Museum. The upper one, instead designed by Camaino di Crescentino and which will later influence the frontispiece of the Cathedral of Orvieto.

The cathedral of Siena is a real treasure trove of works of art. By way of example, Antonio Federighi's 15th century holy-fonts, the Annunciation by Simone Martini (now moved), the Chapel of the Vow by Gian Lorenzo Bernini, the high altar by Baldassarre Peruzzi, the pulpit by Nicola Pisano, the Stained glass window (now a reproduction) by Duccio di Boninsegna, Donatello's San Giovanni Battista, etc. etc.

Another priceless treasure preserved in the Siena Cathedral is the Piccolomini Library, commissioned by Pope Pius III in 1492, and frescoed by Pinturicchio (and his pupil Raphael) with 10 great scenes from the events of the life of Pope Pius II.

Entrance to the Siena Cathedral is subject to a fee and the ticket can also be purchased online, click here for the ticket.

Images of the Cathedral of Siena 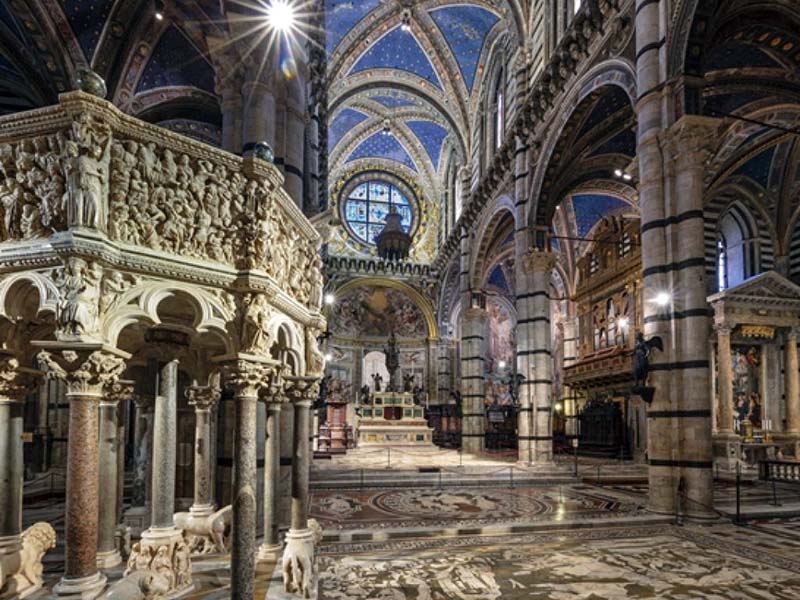 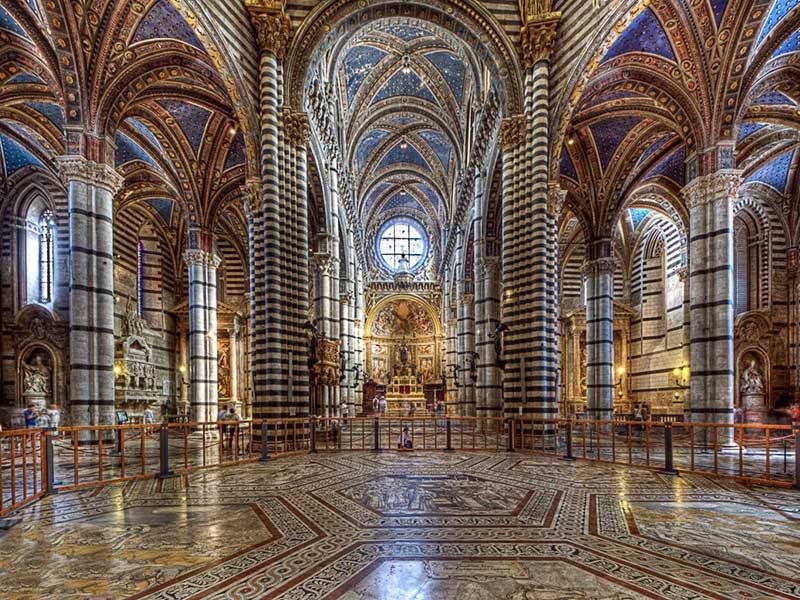 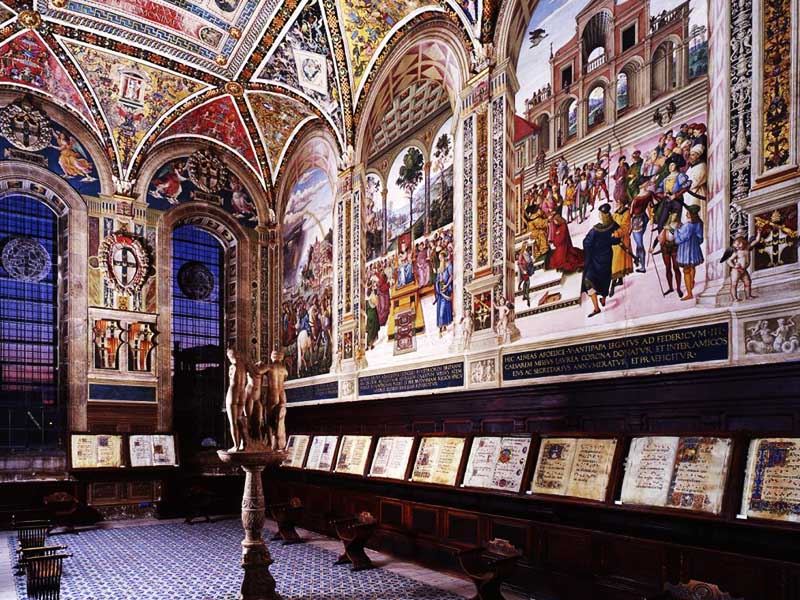